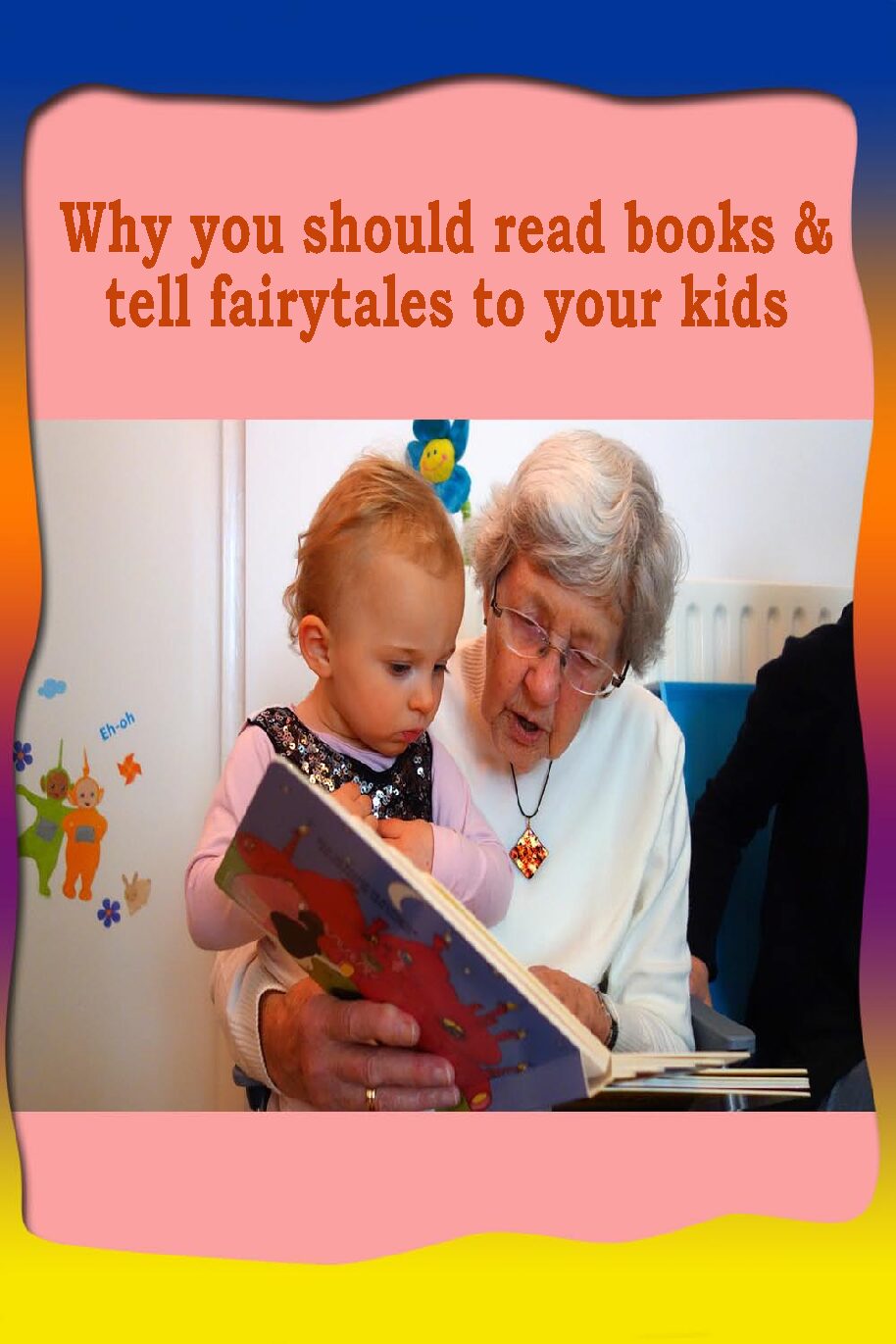 Since I was a kid I remember calming down and devoting myself when it was time for hearing fairytales… At home, at school… It’s a very beautiful thought when I remember playing with my parents, telling stories or fairytales, and reading books.

After all, we shouldn’t forget that playing with our parents when we were kids was the best thing. Kids love this, so should parents, because playing with kids is very important. I can’t imagine that there are children who have not lived such beautiful moments that develop the mind and excite the imagination! But that is another matter.

My parents, my beloved grandmother Eurydice and a little later my kindergarten teacher Mrs. Eleftheria sang us a well-known in my country song when it was time for our fairytale….

“Fairytale, fairytale, the cookie, and the chickpea were baked in the fountain…. The lentil comes and puts them in jail, but the fava shouts” lentil, let it out, it doesn’t matter “… Red thread tied to the spool wrapped, kick her to turn a fairy tale to begin…. “. Ok, in translation it doesn’t have such power…

Of course, the translation is losing the sense of the emotion we were feeling at that time, but I’m sure that you also have in your countries some kind of songs that also prepare the kids for the time of fairytale…

Then, there was silence prevailed and the only thing you could hear was the narration of the fairytale. Many times, maybe most of the time, it didn’t matter which fairytale we were going to hear, because each one led us to his magical world …

Each time we were transported to a different environment…. We met princes and princesses, forest animals, giants, dragons, witches, knights … We learned the values, good and bad… The reasons and the worth of “fighting”… How important it is to try to achieve our goals… At the same time, we came in contact with concepts difficult for children, such as illness, separation, or even death.

The fairytale helps children to cultivate imagination and critical thinking. Thus, while imagining magic worlds, with castles, princes, and princesses or with animals that speak like humans, at the same time the brain is stimulated and taught what is good and bad. Also, selfishness, pride, trust, care, protection, irony, arrogance, love, sacrifice, and so much more to learn…

Then their little mind begins thinking and having questions…. Why was he bad? Why doesn’t he share? How did he transform into a frog? How did Jack climb the bean and how did the bean get so big?

Finally, we can help a child expand thinking, judgment, and emotion by asking questions like… What would you do if you were the prince? Was there something Snow White could do to avoid deep sleep? What should the 3 little pigs have done when the evil wolf knocked on their door?

Have you thought about how productive fairytales can be in the relationship between children and parents? It is a fact… The child can be very attached to you with fairytales… It is not that we just read or tell a story… It is something much more… Those are moments of love, care, and trust! After all, through fairytales, we can understand the way our children think.

If we get to the point where our child tells us a story or we turn the story together into a new story with variations, then we have an even greater benefit! Let’s not forget the great Albert Einstein, who advised us: “If you want your child to become smart, read him fairytales. If you want him to become smarter, read him MORE fairytales” …

The thing that parents should not forget, is that when the fairytale ends, we do not need to ask questions such as “what did you understand”, nor to make further explanations… The child will find on his own the conclusions and meanings of each story… It is important to realize that fairytales are representative of people and situations in our society, while they help us a lot to offer them, to some extent, of course, a “life-like fairytale” for their childhood!

See also:
5 tips for low self-esteem of children
Why does my child have low self-confidence?
The importance of program to children
Passive smoking
What i have learned during breastfeeding
How to make gift bags for kids party

4 comments on “How important fairytales are?”