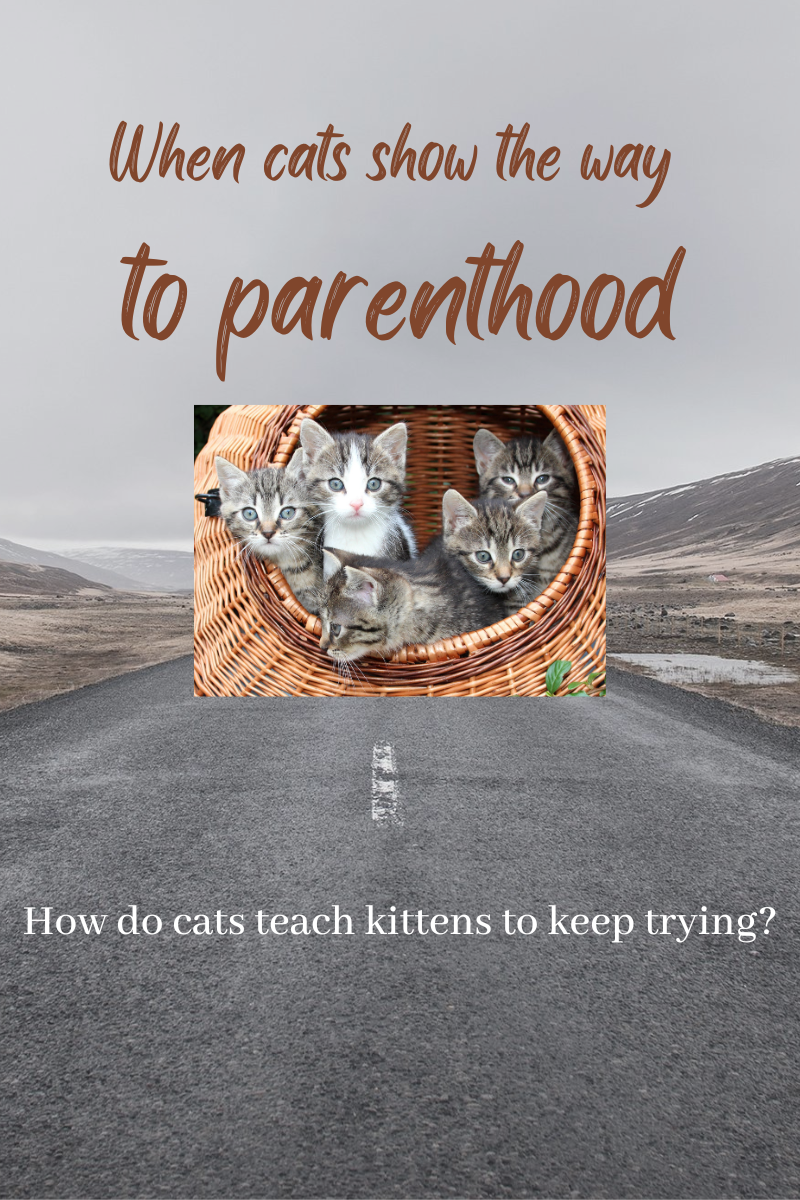 I am very excited! Something happened today that made me think… I went to do some thyroid tests and when I came back I went to the parking lot. Over there, I saw a cat family. They had their little one trying to follow them. The problem was the wall rising in front of the little kitten.

He was trying to find a way to climb. No matter how hard he tried (and he really tried many times…) his parents were there and they were waiting for him. It seemed like they were talking to him, like they were encouraging him to keep trying. It was a dumb language, incomprehensible to all of us and in this case to me. But this language had so much power, so much influence over the kitten… So much power than a whole speech, than a sermon, even than the power of body language!

In the video you see only the one parent, but behind the big wall was the other. Observe the efforts of our little friend and the look and behavior of the parent.

The lesson from the cat

I went home very worried, but also so excited! Human, the rational being with the power of thought and reason, all he does is misbehave with his child, discourage him from trying his strength, or even abuse him…

I thought that when a child wants to try something, for example to climb a low tree, we say “no, no”. I know, you will ask me, what to do? We can be on hand from below and tell him where to step. And in any case, I do not mean only the tree, I mean whatever they are trying to achieve.

Many times we overprotect them from our excessive love, as a result of which we hurt them. We do not help them either in their self-confidence or in their self-esteem. We definitely want and must take care of them, because they are still children. They will make their misdeeds, they will be lively and they will want to conquer the world and we will be by their side to encourage them, to guide them and to love them.

We can give them a little more encouragement, show them a little more confidence. Clearly to be by their side when we think they can hurt themselves, but let our children take the initiative. Let’s not take them down from where they climbed. Let us explain to them that what they are doing is dangerous and ask them to get down from where they are, giving directions or instructions on how to get off more safely. Something similar to what our little friend’s parents did. They were by his side, they gave him time to try.

Sometimes we have to look at the way nature itself works. How do animals teach their babies responsibility, independence, self-confidence? Let’s consider it and adapt it to our own needs. Let’s be a source of inspiration and let them try to conquer their world and not be an obstacle in their efforts.

Really, when did you feel something like that? When did you feel that animals gave you a life lesson? What lesson was that? How did you “get your lesson”? How did it make you feel? Share with us your experience on comments…

6 comments on “Life lesson from a mom cat”